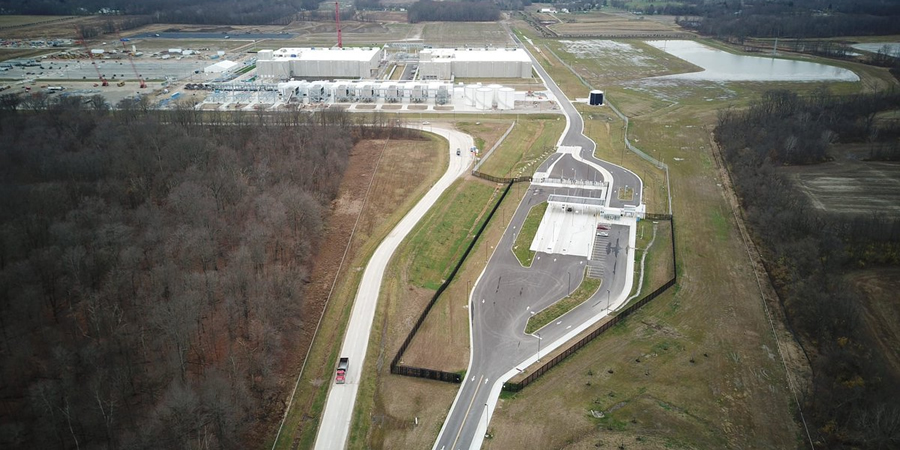 Google will invest an additional $1 billion into its data center operations in New Albany Ohio while buying land in Columbus and Lancaster for more data centers.

The Columbus site is the home of the old Hartman Farm off of South High Street.

“We are delighted that Google Cloud has committed to expanding its presence in Ohio, further solidifying the state’s position as one of the country’s leading destinations for cloud technology investment,” Gov. Mike DeWine said Thursday in a statement. “Google Cloud is choosing to expand here yet again, continuing a growth trend of cloud computing investments that we are seeing throughout Ohio.”

Google's data centers run its services such as search, Gmail and YouTube for users around the world.

Rising demand is behind Google's $1 billion expansion in New Albany that will triple the size of those operations. The site broke ground in 2019 and is already in operation, the company said.

Google said its purchase of 618 acres in Columbus and Lancaster will be for future potential development for data centers, and will give the tech giant more than 1,000 acres of land in the Columbus region.

The site in Columbus is at 5076 S. High St. on the Far South Side. In March, Columbus City Council approved $54.3 million in tax incentives to develop a data center on the former Hartman Farm site east of Route 23.

In Lancaster, Google has bought a farm at 104 Whiley Road, west of U.S. 33. If Google develops a data center there, it would be the first for Lancaster.

"We've been working on this for over a year," Mayor David Scheffler said. "City staff has spent thousands of hours on this project. We've been excited for a long time and happy to see it announced.’’

The site has about 120 acres, and Scheffler said it could be the largest commercial development in the city's history.

Scheffler said the project is one of several in that area of Lancaster, including the new Magna Seating of America plant, and that it could lead to more projects nearby.

The announcement is the latest on what has been a string of data center projects for central Ohio.

The region has become a hub for cloud computing, offering fiber networks that reach major cities on the East and West coasts, the companies have said. Also, the region has ideal weather for data centers in that there is little risk of flooding, earthquakes or tornadoes compared with other regions. It also has ample supplies of electricity and labor.

While the investments are big, once data centers are up and running, they don't require many jobs to run them. The data center for the old Hartman Farm would have 20 jobs.

As part of its announcement, Google said it would bring a Google Cloud region to Columbus to complement its existing network of seven cloud regions nationally and 27 globally. Cloud regions provide faster service in a given location so Google Cloud Platform enterprise customers can deliver digital services to their own users more reliably and at higher speeds.

“We’re proud to be an Ohio company and excited about the opportunity to continue our growth in the state,” Reginald McKnight, Google’s regional head of external affairs and community development, said in a statement. “With its business-friendly environment, central location and skilled workforce, we’re excited to be part of the thriving community that is continuing to chart a new path for Ohio’s economy.”

In 2020, Google said it helped generate $9.63 billion of economic activity for 51,900 Ohio businesses, nonprofits, publishers, creators and developers in the state. The company also assisted more than 541,000 Ohio businesses with requests for directions, phone calls, bookings, reviews and other direct connections to their customers.