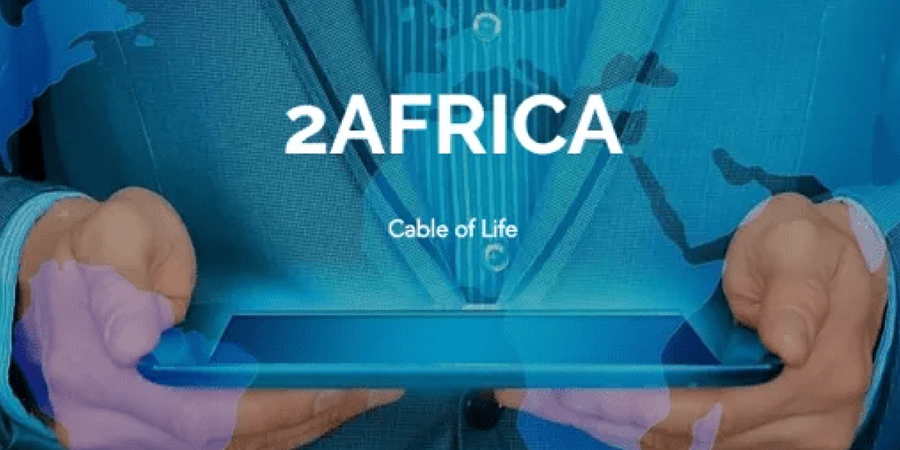 The 2Africa consortium, comprised of China Mobile International, Facebook, MTN GlobalConnect, Orange, stc, Telecom Egypt, Vodafone and WIOCC, announced the addition of four new branches to the 2Africa cable. The branches will extend 2Africa’s connectivity to the Seychelles, the Comoros Islands, and Angola, and bring a new landing to south-east Nigeria. The new branches join the recently announced extension to the Canary Islands.

2Africa, which will be the largest subsea cable project in the world, will deliver faster, more reliable internet service to each country where it lands. Communities that rely on the internet for services from education to healthcare, and business will experience the economic and social benefits that come from this increased connectivity.

Alcatel Submarine Networks (ASN) has been selected to deploy the new branches, which will increase the number of 2Africa landings to 35 in 26 countries, further improving connectivity into and around Africa. As with other 2Africa cable landings, capacity will be available to service providers at carrier-neutral data centers or open-access cable landing stations on a fair and equitable basis, encouraging and supporting the development of a healthy internet ecosystem.

Since launching the 2Africa cable in May 2020, the 2Africa consortium has made considerable progress in planning and preparing for the deployment of the cable, which is expected to ‘go live’ late 2023. Most of the subsea route survey activity is now complete. ASN has started manufacturing the cable and building repeater units in its factories in Calais and Greenwich to deploy the first segments in 2022.

One of 2Africa’s key segments, the Egypt terrestrial crossing that interconnects landing sites on the Red and the Mediterranean Seas via two completely diverse terrestrial routes, has been completed ahead of schedule. A third diverse marine path will complement this segment via the Red Sea.

Facebook in the last two decades have completely revolutionized the social media industry, this is largely due to Facebook’s uniqueness and its usability that has made it stand out since the start. Facebook as of now is the biggest social media platform out there and has an estimate of over 2.89 billion monthly active users, which are numbers bigger than any other social network has ever achieved (in current time). While Facebook continues to record outstanding growth with each passing year, the company rather than sticking to just social media, is constantly widening its horizon and is investing in newer projects and markets.

A recent example of Facebook investing into newer markets is when it announced the 2Africa project in 2020, the project was aimed at creating a huge under sea network of cables that would lay around 37 thousand kilometers cables. Which are aimed at connecting Middle east through Saudi Arabia and the Europe through Egypt, while also connecting some sixteen African nations. Social giant ‘Facebook’ launched the project alongside multiple telecommunication giants such as China Mobile International, MTN Global Connect, Orange, STC, Telecom Egypt, Vodafone and WIOCC making the whole initiative a consortium. The project according to Facebook, will be completed by late 2023 or in the first few months of 2024. Once the project is completed, it will prove to be beneficial for both middle eastern and African countries, it is suggested that the subsea cables installed by 2Africa project will serve more than all the current one’s in Africa.

The project has committedly been working towards providing more and more subsea cables to both the continents. Recently Facebook announced that alongside the 2Africa project, it is planning to build four more subsea branches, these new branches will serve more areas in the African and middle eastern region. These new branches will originate from Seychelles, Nigeria, Comoros and Angola, all four branches from these regions will then connect to the cable extension near Canary Island.