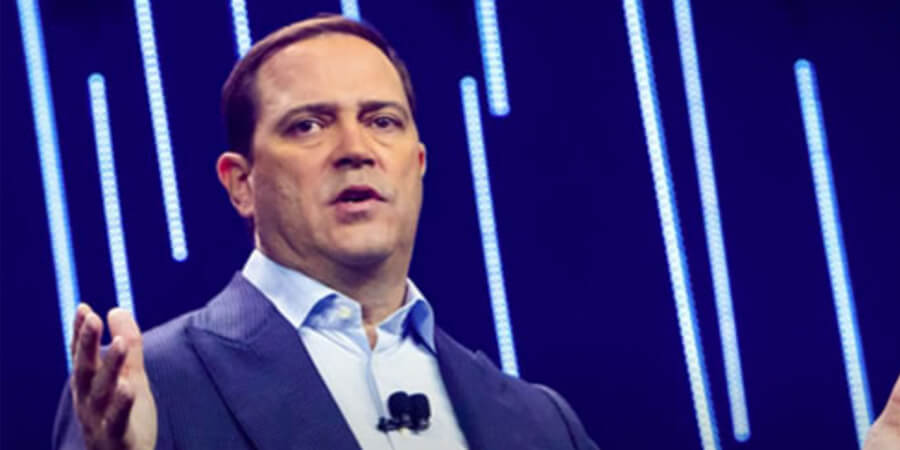 Cisco is planning to cut $1 billion in expenses – including layoffs – this quarter but the news didn’t prevent its shares from tumbling 5% Wednesday after disclosing earnings and revenues that had beaten Wall Street expectations.

CEO Chuck Robbins – now in that job for five years – laid out some reasoning and details in a conference call with analysts.

“Based on the many conversations we’ve had with our customers around the world, we believe we have perspective into how they will adapt their technology strategies for the future to ensure greater resiliency, agility, and innovation. We know how to adapt our business’s strategy to align with where our customers are headed,” Robbins, a UNC-CH graduate, explained.

“The changes we are making to our business reflect how we are leveraging our existing strengths, investing for growth, and unlocking new opportunities. We will also be very disciplined on our cost structure, as we always have been.

“Over the next few quarters, we will be taking out over $1 billion on an annualized basis to reduce our cost structure.”

Robbins did not disclose any details about possible job cuts. However, Cisco noted that a restructuring plan would include voluntary early retirements, layoffs and cost the company some $900 million, according to Reuters. Cuts will begin this quarter.

Chief Financial Officer Kelly Kramer, who is retiring after eight years in the job, told analysts most cuts will come in operating expenses.

“Where you’ll see the costs coming out, I’d say the majority of it in OpEx, I’d say maybe an 80/20 split,” she told analysts.

“We’ll certainly have some in COGS too on that side, on the services side, but mostly in OpEx. And in terms of timing, we should see a lot of this, most of this, the bulk of this coming out at the end of Q1 and a little bleeding over into Q2 depending on the country it’s in.”

Robbins also said Cisco would me making changes in its research and development efforts.

“At the same time, we’re going to rebalance our R&D investments to focus on key areas that will position us well for the future,” Robbins said.

“More specifically, we will accelerate the transition of the majority of our portfolio to be delivered as a service. We will also accelerate our investments in the following areas: cloud security; cloud collaboration; key enhancements for education, healthcare, and other industries; increased automation in the enterprise; the future of work; and application insights and analytics.”

Robbins already has restructured the company and moved its focus to software and services away from hardware.

That total is down from the $12.1 billion for the most recent quarter, which was slightly above expectations.

Earnings were 80 cents per share, topping expectations by 6 cents.