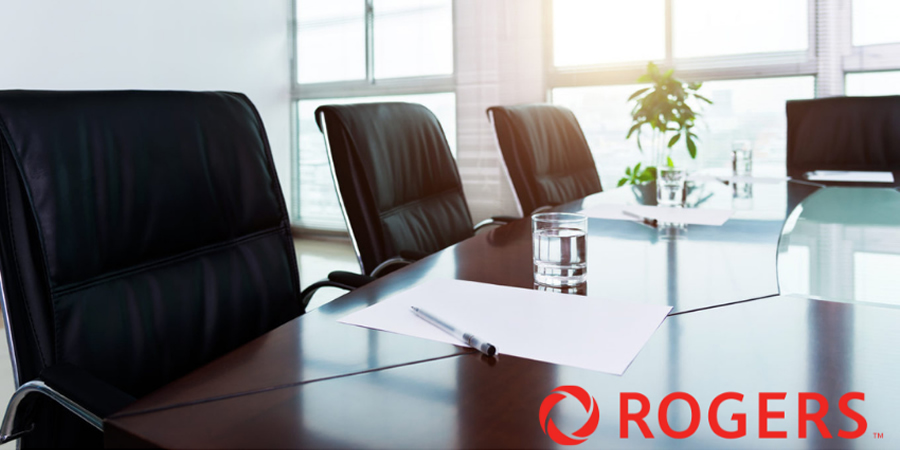 While family disagreements at the corporate level are not unusual in general, this scenario brings out public curiosity, particularly when it involves Canada’s largest telecommunications company run by one of the country’s richest families.

Rogers Communications has been gripped by a power struggle that analysts have compared to the TV show Succession, in that everyone involved would spit on your corpse if there was profit involved.

Edward S. Rogers III, the son of company founder Ted Rogers, was voted out of the role of company chairman after his attempt to replace CEO Joe Natale with the now departed CFO Tony Staffieri. Rogers’ and Staffieri’s vision for the company included continuing Ted’s legacy by raising Canadian’s phone bills.

Rogers’ ouster was led by new chairman John A. MacDonald, one of five directors to vote for Rogers’ removal. MacDonald and Natale believe that Rogers Communications needs to move in a more forward-thinking direction, which largely involves raising your phone bill.

Martha Rogers (Edward’s sister), made it clear on Saturday that she and her allies ready to go to war with Edward and those who’ve lined up behind him, including longtime Rogers executives and directors Phil Lind and Alan Horn.

“We’ll spend every penny defending the company, employees & Ted’s wishes, nothing you can do will deter us,” Martha Rogers wrote on Twitter, referring to the children’s late father, company founder Ted Rogers.

Edward Rogers, who remains a director and major shareholder, has vowed to regain control of the boardroom and punish the directors who removed him. His threat sets the stage for an ugly public battle between a multi-millionaire with a Roman numeral in his name and a multi-millionaire with the exact same name as our first Prime Minister, which is the kind of relatable news that Canadians love to see from their telecom oligarchy.

The dispute started out in September when Edward Rogers, son of the late founder Ted Rogers, had a thwarted attempt to oust Joe Natale as CEO. It is worthy to note that Edward serves as chair and representative of the Rogers Control Trust, the family-owned entity that controls the majority of Rogers Communications shares.

Some of the important timeline details from the legal filings are as follows:

Sept. 15: John MacDonald, lead independent director of Rogers Communications Inc. (RCI) at the time, tells Mr. Rogers he did not share “the same level of concern with Mr. Natale that I did, but that he supported a review process.” His sister Melinda Rogers-Hixon, vice chair of the Rogers Control Trust and deputy chair of RCI, tells Mr. Rogers that she is “firmly opposed” to removing Natale as chief executive officer.

Sept. 18: Natale tells Mr. Rogers in an evening phone call that he had overhead then-Chief Financial Officer Tony Staffieri talking about replacing him and informed Mr. Rogers of his desire to terminate Staffieri. Mr. Rogers disagrees.

Sept. 19: Mr. Rogers meets with MacDonald and Natale on Sunday morning, where Natale insists either he or Staffieri “would have to go.” Mr. Rogers offers Natale a “fair resignation package and consulting agreement for the Shaw transaction” but “nothing was concluded at that meeting.”

Sept. 22: Mr. Rogers presents a slide deck to the RCI board outlining his case for replacing Natale with Staffieri. Loretta Rogers, his mother and widow of late company founder Ted Rogers, reads a statement offering her “full support” for that plan. (In a statement Tuesday evening, Loretta Rogers said she subsequently "reversed course" after she was able to "develop a complete and unbiased perspective on the issue.") Alan Horn, a member of the RCI board as well as the Control Trust’s advisory board, informs Mr. Rogers following the meeting that he and Natale had settled on the terms of a resignation package “and shook hands on the deal.”

Sept. 24: The RCI board votes 10-1 in favour of a resolution accepting Natale’s resignation, with David Peterson casting the sole dissenting vote. (The company refutes this, claiming in a statement attributed to MacDonald on Tuesday that the majority of RCI's board never voted to oust Natale and vowing to "set the record straight.) The board “approved in principle” appointing Staffieri as the new CEO, but the vote formalizing the decision was deferred for two days “so that we could finalize his compensation package.”

Sept. 26: Mr. Rogers worked with MacDonald and Bonnie Brooks, both members of the RCI board’s Human Resources Committee, to finalize Staffieri’s compensation package. Shortly after calling a meeting of RCI’s board to order at 4pm ET, Mr. Rogers was interrupted by MacDonald, who subsequently turned the floor over to his sister Martha. She outlined a resolution that would rescind the decisions made at the Sept 24 board meeting, terminate Staffieri, appoint John Clappison to the RCI board and establish a new “Executive Oversight Committee with the express purpose of restricting the chair’s interaction with management.” A vote on that resolution was deferred for three days.

Sept. 27: Mr. Rogers travelled with Horn and his sister Melinda to join Martha and their mother at her cottage. He “proposed a compromise in which Mr. Natale and Mr. Staffieri would continue to work together through the closing of the Shaw transaction”, to which Melinda said she would get back to him.

Sept. 28: Mr. Rogers received an email from MacDonald, copying his director group and Melinda, Martha and Loretta, saying they had reviewed his proposal “and have rejected it.”

Sept. 29: Mr. Rogers attempts to reschedule that day’s RCI board meeting to Oct 1, but MacDonald emails him to say the majority of the board disagreed and would proceed to meet that evening. The RCI board votes in favour of the Sept 26 resolution in the absence of Mr. Rogers, Horn and Phillip Lind as the three were attending a meeting of the Rogers Control Trust advisory board at the same time. The directors attending the RCI board meeting then directed the company to immediately issue a press release announcing Staffieri’s departure.

Oct. 3: Richard Willoughby, a corporate lawyer at Torys LLP, sent a letter to RCI’s independent directors on behalf of the Rogers Control Trust advisory committee informing them that Mr. Rogers “has the power to deal with this untenable situation by unilaterally reconstituting the board.”

Oct. 19: The Rogers Control Trust advisory committee held a meeting, attended by the RCI independent directors, to discuss “the breakdown in the relationship” and “to see if an amicable resolution could be reached.” No resolution was achieved at that meeting and another meeting was scheduled for the morning of Oct 21.

Oct. 20: The RCI board meets to review and approve the company’s third-quarter financial statements.

Oct. 21: Mr. Rogers holds a meeting of the Rogers Control Trust advisory committee, where he informs them of his intention to replace five RCI directors. The committee votes on whether to constrain his authority to act on that intention, but falls short of the seven-of-ten votes required to pass. Immediately after that meeting ended, the RCI board voted to remove Mr. Rogers as chair. Three RCI directors, including Mr. Rogers, Horn and Lind, were absent from that meeting.

Oct. 22: Mr. Rogers announces his intention to replace five RCI directors with his own hand-picked nominees via a written resolution set to take effect later that day. His lawyers received a letter from RCI Chief Legal and Regulatory Officer Lisa Damiani later that day saying the company was consulting with external counsel and would “provide further correspondence in due course.” That evening, Mr. Rogers called a meeting of “the newly constituted board” of RCI, set to take place on Oct 24. Shortly after setting that meeting, the company issued a press release stating that it had received external legal advice saying Mr. Rogers’ actions were “invalid” and that the RCI board “remained unchanged.”

Oct. 24: Mr. Rogers holds a meeting of his reconstituted RCI board where, in the absence of Natale, his two sisters Melinda and Martha and his mother Loretta, he is reappointed as chair. During that meeting, the company issued a press release on behalf of his two sisters, his mother and the five directors he claimed to have sacked two days earlier saying that they “unequivocally support Joe Natale as CEO.”

Oct. 26: Mr. Rogers files a petition with the British Columbia Supreme Court seeking “urgent confirmation” of the legality of his actions and a hearing date is set for Nov 1.

The situation has escalated and now heading to a courtroom as the chairman of the board of director’s position dangles between Edward and the current chair of the board John MacDonald. At Toronto last week, Edward also seeked to replace five independent directors with nominees of the Rogers Control Trust through a written resolution, without convening a meeting of shareholders.

Despite Edward’s claims, Rogers Communications has issued a public statement saying that the meeting was not valid and the 14-member board hasn’t changed at all, with John remaining as the chairman. Following this, the company has announced that the Supreme Court of British Columbia will hold a hearing on November 1, 2021 to “hear submissions by the company and the Rogers Control Trust regarding the legality of Edward’s attempt.”

The 82-year-old widow of Ted Rogers, Loretta Rogers, and the first investor in the telecommunications giant expressed her disdain towards her son’s actions. “I believe this campaign waged by Edward was unconscionable; inconsistent with his duties and limited authority as control trust chair; inconsistent with Ted’s wishes; and inconsistent with Rogers’ well-established corporate governance practices.”

The Canadian telco has been in the grips of a family drama for weeks and the result of the legal discourse could jeopardize the $16 billion takeover from Shaw Communications Inc.

Because of this conflict of power, Rogers Communications shares fell as much as 6.2% in Toronto, the most since March 2020.