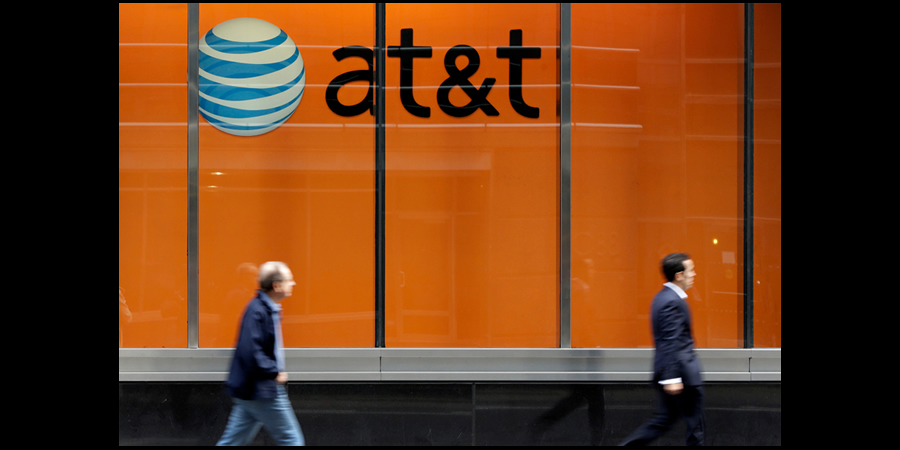 AT&T Communications CEO Jeff McElfresh tells us their new goal is to be the premier provider of broadband connectivity in the U.S.

At the virtual Bernstein Strategic Decisions Conference Wednesday, McElfresh conceded that AT&T’s strategy has been a bit murky in the past.

"We've historically been complicated. It's hard to understand AT&T's future,” McElfresh said. “Well, maybe I can clear it up here. We intend to be the nation's premier broadband connectivity provider, period. What does that look like? We can't lose market share. We can't continue to chase growth that's not profitable in certain market segments."

AT&T is the third largest wireless broadband carrier behind Verizon and T-Mobile, a designation that McElfresh said doesn’t sit well with employees. And he said that the company is making moves to correct that distinction.

"I'm here to grow the business,” McElfresh said. “And I'm here to grow it profitably, and I've got a team of professionals who wake up every morning who don't like being No. 3 in the wireless business, don't like losing share to cable in certain areas where we ought to be better. We are not looking quarter-to-quarter just to make a number. I'm not going to scare you, right? We hit our commitments. We are a team that is working to build confidence and -- from our investors and our owners."

Cable operators have gained considerable share in the wireless business over the past three years — Comcast, Charter Communications and Altice USA — now account for about 6 million wireless customers, bolstered by a combination of lower prices and flexible offerings. McElfresh said that AT&T is beginning to chip away at market share, adding about 3 million postpaid wireless customers in the last four quarters and has simplified its offerings. AT&T now has three tiers of unlimited service.

In a research note, Bernstein media analyst Peter Supino, also the moderator of the conference, wrote that the simplified offerings make the service easier for retail sales teams to sell, and attract customers. Coupled with investments in digital channels and distribution outlets that have improved customer service, those moves have resulted in increased gross customer additions.

In his note, Supino pointed out that AT&T previously lost share in every major market. Now they account for more than 35% of net additions in the postpaid home business, and have a market share of 27.4%.

“AT&T's value proposition in the market is better, the advertising is clearer, agents are more focused,” Supino wrote. “Net promoter scores have improved.”

But so far, those initiatives have resulted in just 2% EBITDA growth in Q1. But that should improve as AT&T continues to implement its $6 billion cost-cutting program that began in the second half of 2019. McElfresh added that AT&T plans to deliver not only higher subscriber counts, but ARPU and EBITDA growth.

"We're getting the scale that our distribution channel and our network deserves,” McElfresh said. “And as a result of that, we're seeing cost savings from our transformation efforts that are now beginning to drop to the bottom line.”

McElfresh said that fiber deployment will mostly be in markets where it already offers a less competitive wireline service, but will include new markets as well.

“Well over half of our fiber investment is laying across brownfield or overbuild areas that we've not served effectively and have lost market share or are losing market share as a result of a noncompetitive product, as opposed to greenfield,” McElfresh said. “... As we gain more success, we will – with the right kind of penetration and ARPU mixes -- free up incremental capital dollars to maybe expand a little bit further into more true greenfield areas where we're not today.”