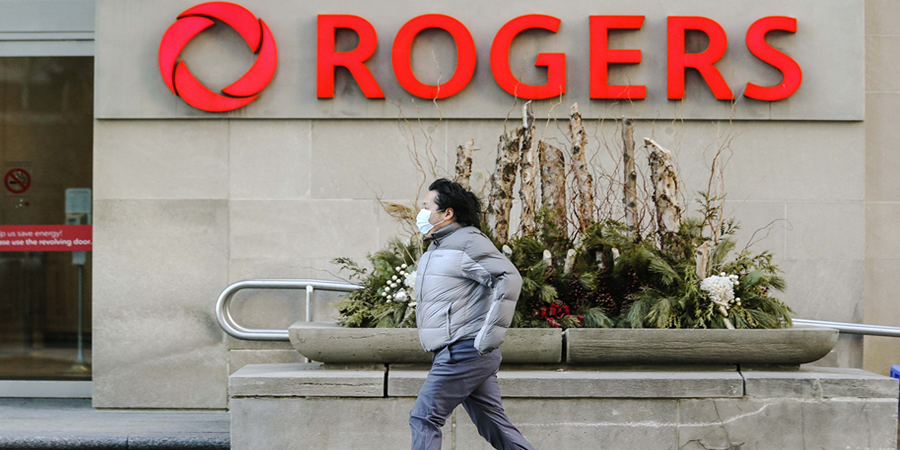 Rogers Communications Inc said it was buying Shaw Communications Inc for about C$20 billion ($16.02 billion) in a deal that would create Canada’s second-largest cellular and cable operator but might attract stiff regulatory scrutiny.

Rogers, whose business is concentrated in the urban centers of Ontario, is also expected to gain from Shaw’s strong presence in the sparsely populated regions of Western Canada and help it double down on its efforts to roll out 5G throughout the country.

Shaw shares jumped 42% to C$34, but traded well below the offer price of C$40.50, suggesting doubts about the deal, which is valued at C$26 billion including debt. Shares of Rogers were also up 7% at C$64.

“It’s really too early to speculate on the regulatory outcome overall,” Rogers Chief Executive Officer Joseph Natale said on a conference call. “But we feel confident this transaction will be approved.”

Rogers Communications Inc’s efforts to secure its C$20 billion ($16 billion) acquisition of Shaw Communications Inc could be insufficient to overcome regulatory hurdles and political opposition amid concerns Canadians face some of the world’s highest phone bills.

Rogers agreed on Monday to buy Shaw in a deal that would create Canada’s second-largest cellular and cable operator, but the Canadian government was quick to say it would attract stiff regulatory scrutiny.

Analysts and fund managers say the company is facing an uphill battle closing the deal even as it has offered some incentives such as committing to maintaining affordable wireless plans with Shaw’s Freedom Mobile carrier for three years, investing C$2.5 billion over the next five years to build out 5G in Western Canada, among others.

While Shaw shares surged on the bid, they closed 16.4% below Rogers’ offer price, which investors said reflected the regulatory uncertainty.

The deal suggests that both Shaw and Rogers had already “beaten the doors down in Ottawa ahead of time and tried to suss things out,” said Lawrence Surtees, lead communications analyst for IDC Canada.

But “the jury is still out” on whether regulators will approve it despite “all the little sweeteners in the deal,” he said, also pointing to Rogers’ promise to create a C$1 billion broadband fund.

Higher concentration in wireless business is emerging as an area of concern as the deal would cut the number of wireless providers to three from four in Ontario, Alberta and British Columbia, which constitute 67% of Canada’s population, BMO Capital Markets analyst Tim Casey wrote in a note.

A top-ten shareholder in Shaw said the deal comes with regulatory risk, particularly in Ontario.

“That’s really where you would see them push up against the 50% benchmark,” the shareholder said, referring to the size of the market share Rogers and Shaw would have in Ontario after the deal, adding that a solution could be divesting some assets.

Rogers did not respond to a request for comment on the question of asset sales.

When Canadian telecom company Bell Canada took over Manitoba Telecom Services in 2017, it agreed to sell one-third of the company’s monthly contract wireless customers and one-third of brick-and-mortar stores to Telus Corp.

The shareholder said Rogers would likely be willing to offload some assets in the east of the country, since the deal’s value is in wireline infrastructure in western Canada. So-called ‘wireline’ assets transmit information using a physical wire and are considered key to the rollout of 5G.