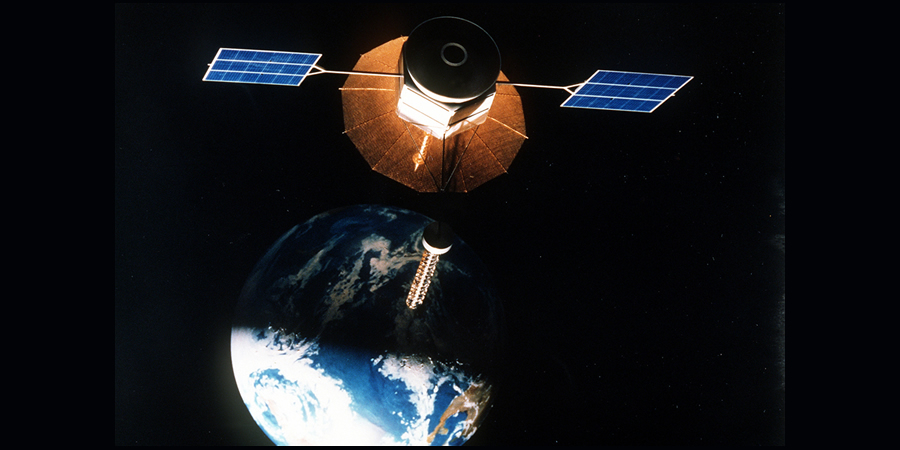 Telecom providers are expected to provide higher speeds and lower latency levels when it comes to connectivity solutions, either for retail, commercial, government, or individual customers. Satellite technologies have played an important role in providing these communication services globally, especially when the terrestrial connectivity infrastructure is not easily available.

Moreover, the global satcoms service market is anticipated to reach $40 billion by 2030. Annually, the growth can be approximately 7%. This particular market has the potential to grow at even faster rates over the next decade as it enters a period of renewed interest motivated by technological advances and nurtured through private investment and ventures.

Due to their unique features and technical advances in the field, satellites can be a cornerstone in satisfying the demand for broadband high-speed as well as heterogeneous, ultra-reliable, and low latency communications, either as a standalone solution or as an integrated satellite-terrestrial network.

Satellite communications acts as a backhaul network for existing network infrastructure. This eventually bridges the digital divide in remote areas. It has been also found suitable for a variety of applications including the Internet of Things (IoT). In the US specifically, there are over 4.5 million satellite subscribers. Last-mile connectivity through satellite is becoming embraced by operations that want a viable and reliable alternative for connectivity.

By 2025, GSMA Intelligence forecasts that the total number of IoT connections will reach to 24 billion. Aside from 5G that is one of the catalysts for next-generation IoT services, satellite communications is now also considered.

Modern-day businesses and organizations rely on IoT to enable numerous intelligent data conversations, helping them track, monitor and manage assets; ensure the safety of their workers, and improve remote operations. As a result, satellite IoT emerged. Across all industry verticals from the maritime market to machine-to-machine (M2M) applications, satellite IoT usage can be found.

In terms of the global market for IoT-focused satellite services, the growth forecast can reach $5.9 billion. During the same period, around 30 million satellite IoT devices are expected to be deployed globally. These statistics prove that satellite IoT will bring a massive change to both IoT and satellite industries.

The availability of low-cost, low-power global connectivity will increase the total number of connected sensors and data points in a variety of global environmental, societal, industrial, agricultural, and logistical applications.

There are two primary instances wherein satellites make a perfect fit for IoT networks. The first one is to establish connections for IoT networks where terrestrial networks don't or can't exist or lack access. Consider tracking cargo shipping by water. In the middle of the ocean, there's no 5G network; the only way to keep an eye on a container being shipped from one country to another is via satellite. Agricultural networks and environmental health monitoring also fall into this category.

The second is even if terrestrial coverage exists, crossing multiple networks between points A and B happens. This is common with logistics like cross-border deliveries wherein drivers travel between countries and they would typically need to pay for multiple carriers along the route to ensure continuous service. In cases like this, satcoms can be the better option.

Satellite advancements are accelerating how IoT technologies now involve outer space. Among these advancements is the CubeSat revolution, which is both shrinking and standardizing satellite construction, and LEO satellites that are said to be the foundation for a new wave of IoT investment, complementing both cellular and non-cellular terrestrial networks in remote locations.

As satellite IoT continues to be embraced, new applications are expected to emerge at a rapid pace. As an industry, providing access to reliable and robust connectivity is important to have the backbone of innovation for years to come.

With satellite-based IoT services as a solution, we can see how satellites can work to augment cellular or low-power wide-area (LPWA) networks. LPWA networks still face challenges due to fragmented regulations and a lack of global connectivity which modern satellite solutions can overcome.

Satellites have unique advantages to connect IoT assets. These are highly reliable with guaranteed SLAs and deliver a consistent service on a wide-scale coverage. Combining satellite technology with terrestrial IoT will be the key to ensuring the connectivity of assets and data analysis are done regardless of distance and location.

In 2020, North America was the largest region in the LEO satellites market. Geographic accessibility and expensive infrastructure costs are two key barriers to providing ubiquitous broadband internet access. Hence, by providing global coverage and low latency broadband connectivity, LEO satellites can address these challenges. Moreover, connecting to LEO satellites can gain access to the web through a simple, portable end-user terminal that can be self-assembled.

Combined with improvements to existing technologies like DSL, cable, fiber, 4G/5G cellular networks, futuristic satellite broadband stands to bridge the digital divide in the US and globally. Because the pandemic has prompted explosive demand for better, more widely available internet connectivity, satcoms innovation is now in the fast lane.

More satellites mean more bandwidth and faster speeds, and eventually, LEO satellite constellations could deliver high-speed internet to the entire US. These include the ones SpaceX and Amazon are building.

SpaceX's Starlink mega-constellation was created with one major goal in mind: to provide internet coverage to the world, specifically targeting users in remote or rural areas who currently have little-to-no internet connectivity. Operating in at least 14 countries, more than 100,000 Starlink internet terminals have already been delivered.

On the other hand, Amazon is working on Project Kuiper, a network of 3,236 satellites. The company plans to invest more than $10 billion to provide high-speed internet to everyone in need. While Amazon has yet to launch its first Kuiper satellites, FCC has already authorized the system.

This shows that even if 5G could bring faster cellular speeds to remote areas, integrating its deployment with satellite solutions can beam fast, reliable, and potentially affordable internet access down to nearly anywhere on Earth.

From a long-term perspective, the future of satellite-based broadband can largely depends on who can acquire and maximize the most bandwidth in the most affordable manner. Now, companies are either making lots of satellites to launch at once or they’re investing in technological improvements to launch new satellites in regular intervals.

With satellites offering new connectivity options, millions of people can be interconnected and operators can more quickly expand their existing terrestrial infrastructure.