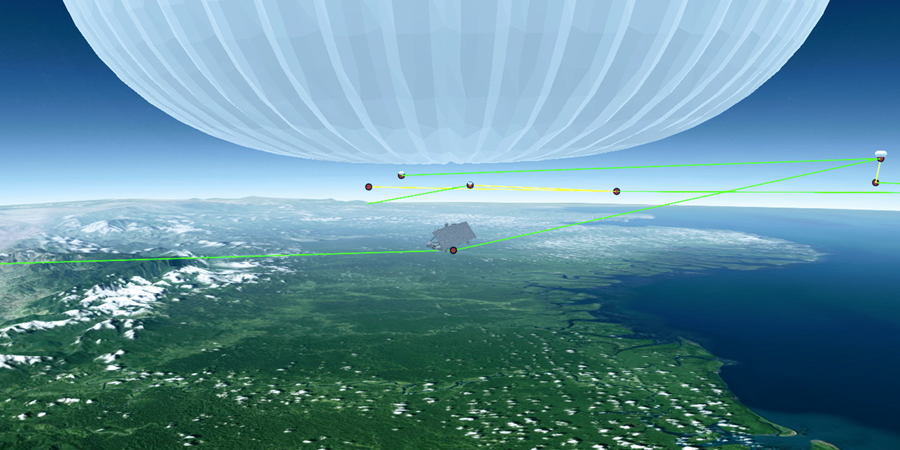 The Silicon Valley company was formed with an ambitious premise: find ways to create a high-altitude wireless network that could speed internet connections to remote or rural areas, as well as connect people cut off by a disaster.

Mountain View-based Loon decided to wind down the company after it wasn’t able to craft a viable and sustainable business model.

The move to wind down Loon’s operations resulted in the layoffs of 151 workers at its headquarters in Mountain View, according to an official notice the company provided to the state Employment Development Department.

“The separation of employment of the affected employees with the company in connection with winding down the company is expected to be permanent,” Molly de Reyna, head of people operations with Loon LLC, stated in the official notice to the EDD.

The effective date of the layoffs is July 2, according to the notice. The job cuts took place at the Loon LLC offices at 100 Mayfield Ave.

Loon and Alphabet intend to help the displaced workers, a Loon spokesperson said in an email to this news organization.

“It’s important to note that all of these employees will receive pay and support over a number of months following their stop work date,” the Loon spokesperson said.

Plus, the displaced Loon workers are being given the opportunity to land jobs with units of Mountain View-based Alphabet, which is Google’s owner.

“We expect many of these employees to find roles within Alphabet,” the Loon spokesperson said. “In fact, many have already found roles and transferred to different Alphabet teams.”

“We talk a lot about connecting the next billion users, but the reality is Loon has been chasing the hardest problem of all in connectivity, the last billion users,” Westgarth wrote in the blog post.

Westgarth then went on to define who is in the group of the final billion users.

“The communities in areas too difficult or remote to reach, or the areas where delivering service with existing technologies is just too expensive for everyday people,” Westgarth said.

Loon set out to accomplish this by creating a network in which wireless signals would travel from balloon to balloon in the stratosphere at altitudes ranging from 11 to 16 miles high.

The signals would eventually beam to a receiving station on the ground that is connected to an Internet service provider.

“While we’ve found a number of willing partners along the way, we haven’t found a way to get the costs low enough to build a long-term, sustainable business,” Westgarth wrote.

Any Loon workers who can’t find a job will receive assistance from Alphabet. “If Loon employees do not find alternative roles at Alphabet, they will be eligible to receive severance pay following their end dates,” the Loon spokesperson said.