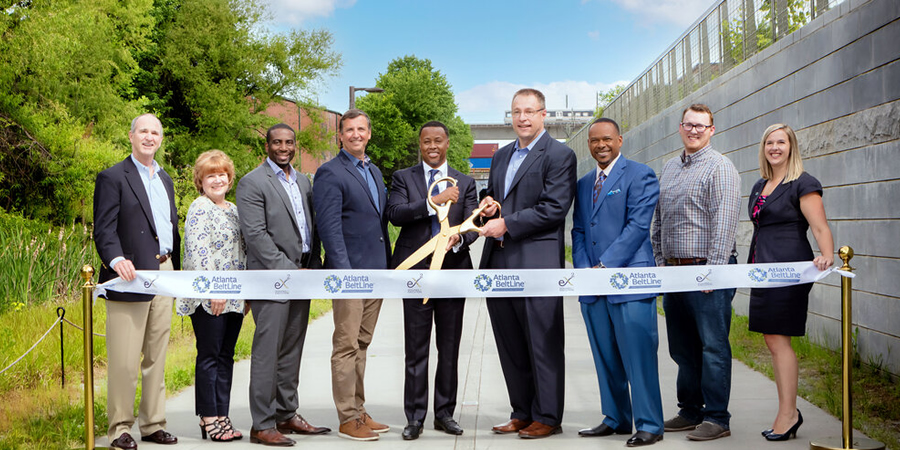 “This is a major milestone that assists in the transformation of a smart city corridor, stimulating and promoting the growth of Atlanta communities, e-learning and remote working capabilities and, ultimately, in reducing the digital divide,” said Clyde Higgs, President and CEO, Atlanta BeltLine, Inc.

“We are pleased to complete the installation of the duct and fiber system along the Atlanta BeltLine,” said Jay Jorgensen, Chief Operating Officer, eX² Technology. “The partnership with the ABI has been a catalyst for network development and has drawn attention from innovative local, national and international companies seeking to expand their services within the greater Atlanta region.”

ABI will continue working with eX² Technology on next steps, to include developing wireless solutions along the corridor and launching a commercialization program to lease excess duct, dark fiber and wireless capacity along the Atlanta BeltLine.

“This initiative is part of the city’s larger efforts to advance Smart Cities initiatives and maintain its ranking as one of the country’s most competitive business destinations,” says Tye Hayes, Chief Information Officer for the City of Atlanta. “We are thrilled about the fiber optic network along the Atlanta BeltLine and what it means for bringing greater opportunity to the citizens and businesses of Atlanta.”

eX² Technology manages and maintains the communications system as well as serves as ABI’s exclusive commercialization partner. The revenues generated through the program are put back into the trail system to support the growth and development of new services for trail users and the downtown community. A local dark fiber network provider and an international content provider are among the first companies to enter into agreements with the Atlanta BeltLine for network assets.