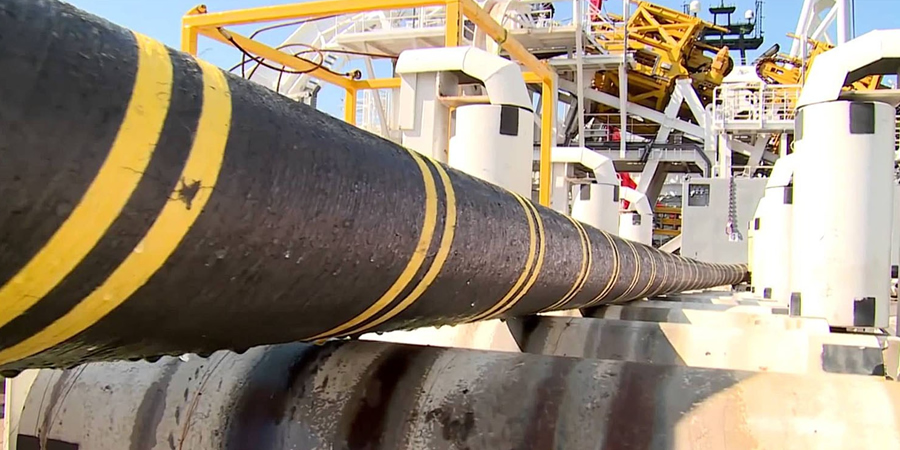 Looking at the media nowadays, lots of articles talking about wireless connectivity, satellite, and cloud computing do exist. But is the public aware that submarine cables found underwater are the invisible forces driving the modern Internet?

The international submarine cable network truly provides one of the most important infrastructural foundations for the support and development of the modern era. "Most people are absolutely amazed by the degree to which the internet is still cable-based,” said Byron Clatterbuck, chief executive of Seacom. "People are so mobile and always looking for Wi-Fi," he said. "They don't think about it, they don't understand the workings of this massive mesh of cables working together,” he added.

As a matter of fact, fiber-optic submarine cables are the lifeblood of US carriers’ global business. How so? 99 percent of US international traffic consisting of voice, video, and other forms of data travels into submarine cables, each the diameter of a garden hose.

With this in mind, fiber-optic submarine cables are the international digital trade routes within the 21st century. Any disruptions, either minor or major, to the submarine cable global network can have a significant impact on the flow of digital information around the world. This can even lead to severe consequences for the global economy as a whole.

In 1852, the first North American submarine network is laid down and during 1988, the first trans-oceanic fiber-optic cable was installed. Three decades have passed and newer and more high-capacity submarine cable systems evolved. These have larger bandwidth that allows cables to carry large volumes of voice and data traffic with speed and security. Generally, the Internet made that data and information accessible and beneficial for various use cases such as communications, business, commerce, education, and entertainment.

At the top of the list of advantages for subsea cables is the optical fiber offers low power loss, which allows for longer transmission distances. Copper, within a network, is known to have the longest recommended distance of 100 meters. How far can a subsea cable network go? 39,000 kilometers. The SEA-ME-WE3 is an optical submarine telecommunications cable linking Southeast Asia, the Middle East, and Western Europe — known as the longest in the world.

Moreover, the amount of information that can be transmitted per unit time of fiber over other transmission media is significantly high with nearly 4.5 times as much capacity as the wire cables. Through a regular fiber-optic network, data can be transmitted at a speed of 500 gigabits per second.

Physically tapping into a fiber network, more so being submerged, takes great skill to do. As a result, fiber is considered the most secure medium available for carrying sensitive data. These cables are also immune to electromagnetic interference, having less to zero chances of illegal manipulation and unsolicited interruptions.

Not to mention that being laid down in a strategic manner 8,000 meters from the surface of the water, submarine cables are built to last for a minimum of 25 years. In detail, a single submarine cable line is usually one inch thick but carries multiple fiber optic cables, shielded by layers of plastic, steel, and aluminum.

According to the ResearchAndMarkets.com report, the North American submarine cable system market accounted for $2.63 billion in 2018 and is expected to grow at a compound annual growth rate (CAGR) of 6.6% over the forecast period 2019-2027. This will most likely lead to a market valuation of $4.78 billion in 2027.

The key driver boosting the growth of the submarine cable system is the rising bandwidth demands from content and cloud service providers. In addition, a significant number of ongoing projects for submarine cables are anticipated to boost the market growth in the near future.

To put it simply, undersea cables are built between locations that have something “important to communicate.” Therefore, if we look at the submarine cable routes, the majority of them have landing points within the North American region.

Europe, Asia, and Latin America have large amounts of data to send and receive from this part of the world as there are numerous industry players including internet backbone operators, content providers, and data center operators.

Historically, these submarine cables have been built by telecom carriers but starting from the 1990s, undersea cables began to attract investment from private companies. These companies saw the potential of making profits by selling capacity to telecom companies and other private companies.

For this reason, content providers such as Google, Facebook, Microsoft, and Amazon became major investors in new subsea cable networks. The amount of capacity deployed by private network operators – like these content providers – has eventually surpassed internet backbone operators in recent years.

Advanced submarine cables are now genuine technological marvels that serve as one of the main utilities of the sea. In estimate, undersea cables stretch over 750,000 miles across the globe with every continent — except Antarctica — possessing multiple submarine connections.

Into the bargain, Facebook, Amazon, and Microsoft collectively have a stake in over 80,000 miles of underwater cables, while Google roughly owns all or part of 8.5% of the subsea cables worldwide.

It is important to note that the world's fastest cable, the MAREA, is a joint venture between Microsoft and Facebook. The latest commercially deployable results from Submarine Cable Networks indicate that this system recorded 28 Tbps of total capacity on a single fiber pair and up to 650 Gbps data rate per wavelength.

In the US, the MAREA cable lands at Telxius' Virginia Beach Cable Landing Station (CLS) which hosts Telxius' BRUSA cable and Google's Dunant cable as well.

Submarine cables of the future

Generally speaking, a submarine network is a reliable and cost-effective solution to keep up with the exponentially increasing demand for internet bandwidth. Whilst submarine cabling is a time-consuming and expensive project to launch, it is still arguably the cheaper and faster alternative to satellites.

Although both options are susceptible to vulnerability and damage — both intentional and unexpected — it is far less likely for subsea cables to suffer from imminent destruction. With new phase modulation techniques and advancements in submarine cable equipment, the capacity of these cables has increased to 8,000%, ensuring that submarine networks inclined to address the heightened demand for data and internet traffic.

Nevertheless, some investors are quite skeptical of the $8.7 billion worth of investments put into new subsea cables between 2018 and 2020. Based on TeleGeography’s research, significant reasons for new cable investment include ownership economics, provider diversity, route diversity, and costs.

Customers with large demand requirements may seek to acquire capacity at cost by building their own subsea network systems. Other than that, submarine cables differ in terms of capacities. This is the reason why a sufficient number of high-capacity subsea cable systems should be put in place for resiliency.

In a nutshell, investing beneath the surface is very important as undersea cables became a valuable commodity in the 21st-century global communication environment. Modern fiber optic cables underscore the revolutionary capacity of subsea networks. By any standard, continuous investments in this network powers a critical infrastructure not only to North America but the rest of the world.