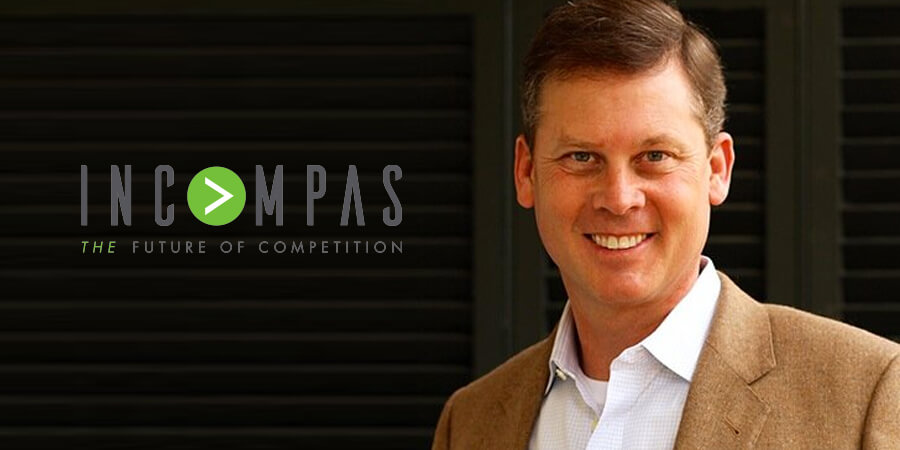 2020 has been anything but typical – as COVID-19 has changed how people work, learn and play. At the core of this change is broadband, which is critical for keeping our economy running, enhancing our ability to communicate during challenging times and serving as the means for students of all ages to continue their education.

In this Q&A interview, we talk with INCOMPAS CEO Chip Pickering about this unprecedented era for broadband and keeping markets competitive. Pickering also discusses INCOMPAS’ growing membership and how they are responding to the challenges surrounding COVID-19 – which has impacted the association’s own trade show, an event that will now be held virtually September 14-16.

Q: In August, the Ninth Circuit Court of Appeals delivered a major victory to the FCC by upholding recent agency decisions on the installation of 5G small cells and service providers’ access to utility poles through a “one-touch make-ready” process.  What impact will this decision have on the deployment of next-generation broadband infrastructure across the country?

Chip Pickering:  By upholding the “one-touch, make-ready” policy that INCOMPAS has long championed, the court is giving the green light to new builders’ attaching the necessary fiber to deploy modern technology and helping to clear away potential roadblocks and delay to the deployment of next-generation wired and wireless broadband networks. INCOMPAS fully expects the court’s decision to lead to a new era of broadband competition and partnership with cities, towns and local communities that need faster, better, and more affordable internet that competitors bring to market.

There are also a number of requirements adopted by the FCC that will speed the deployment of small cells and other wireless infrastructure—such as shot clocks and fee restrictions—which the court upheld.  These streamlined processes will usher in 5G technology. INCOMPAS is advocating that those processes also should be applied to the deployment of fiber, which is a critical and necessary component of 5G networks.  We are encouraging the FCC to take a closer look at the relationship between 5G and fiber and urging the FCC to adopt similar reforms for fiber infrastructure.

Q:  What are some common challenges faced by industry and by state and local governments in building out networks to meet increased customer demand?

For the broadband industry, including our fiber builders, one of the greatest challenges has been the inability to get applications and permits approved in a timely manner because of closed government offices during the COVID-19 pandemic.  In addition, as demand has grown significantly due to the pandemic, providers have faced delay in their ability to deliver the services that are in high-demand because the technical, aesthetic or engineering requirements some localities require for installing equipment on public right of ways.

In addition, many state and local governments who remain strapped on funding are adding higher costs or fees onto providers for their deployment. Moving forward, with help of the FCC, Congress and state legislatures, it is important to enable new broadband infrastructure deployment by finding ways to streamline their local processes and to reduce costs.  By doing so, they will enable more broadband deployment from competitors which will meet the broadband needs by helping to speed up deployment efforts so their communities benefit from the higher speeds and lower prices that competitors offer.

Q: INCOMPAS’ members include online companies that rely on Section 230 protections to deliver their content online. What is INCOMPAS’ position on NTIA’s Petition for Rulemaking recently filed with the FCC?

A: INCOMPAS and its members believe in the importance of online competition, innovation, and investment. In the U.S., we currently have a diverse internet ecosystem that allows companies to compete based on the content that they offer. Specifically, Section 230 of the Communications Decency Act provides legal immunity to online platforms, websites, and other providers with respect to third-party content posted online. As a result, we have seen an array of content and services online, and the offering of new competitive services that are competing against one another and traditional content providers. These new competitive entrants are driving better services for consumers across every economic sector, as well as a more informed consumers who often rely on the third-party content that Section 230 protects—such as online reviews. Pursuant to an Executive Order signed by President Trump, NTIA filed a Petition for Rulemaking requesting the FCC to clarify provisions of Section 230 through promulgating rules that would be enforced by the FCC. However, if the FCC moves forward with NTIA’s Petition and limits the protections that have led to the proliferation of online content and competition, it would be much harder for companies, especially new entrants and small companies, to meet the requirements of the proposed NTIA regulations, and could harm availability of new, competitive online services for consumers. Accordingly, INCOMPAS is opposing NTIA’s Petition. To the extent that Section 230 should be revisited to further refine the liability protections of Section 230, Congress should, and is, taking the lead in the consideration of potential revisions to Section 230. As such, the FCC should deny NTIA’s Petition and defer to Congress.

Q: While the COVID-19 pandemic has resulted in a lot of action in Washington, D.C., and the states, it’s also impacted INCOMPAS in other ways. Tell us about the changes to The 2020 INCOMPAS Show, and what we can expect September 14-16.

Chip Pickering: Restrictions to gatherings of certain sizes are preventing us from meeting in person at The Cosmopolitan next month. But we were prepared, launching our virtual INCOMPAS Show to give our attendees access to the networking and insightful speakers they've become accustomed to. ConnectIN, our new virtual portal, is mission control for the entire 2020 INCOMPAS Show experience. Through ConnectIN attendees will be able to access all of our educational sessions - when they premiere during show dates, and then on-demand later. One of the best features of ConnectIN is that attendees can use it to start connecting with prospects and customers before the show kicks off September 14, and for up to a year afterwards - significantly enhancing the deal-making opportunities they get from the typical show.

Q: Has the pandemic had any impact on INCOMPAS membership?

Chip Pickering: We are very proud of the diversity of our membership. Our members are the network builders, voice and broadband communications providers, streamers, and social media and internet innovators that play a vital role in connecting Americans to online services that power the economy, support access to education and healthcare, and unite people. INCOMPAS, along with a majority of our members, signed on to the FCC's pledge to "Keep Americans Connected" during the pandemic, and have contributed so much to their local and global communities during this challenging time.

With so many critical issues now ahead of us in Washington, D.C., and the states, we've grown our membership ranks - adding 13 new companies with diverse business models. Our new members include local broadband providers serving rural communities and national network builders, as well as leaders that deliver UCaaS, managed services and healthcare solutions, and support deployment of 5G and the Internet of Things (IoT).